Bird of the Month - August

Bird of the Month - August

This month we will be casting our attention on the world’s most widespread bird, the house sparrow. Known for living in colonies and for being opportunists, these birds will happily hunt through trash for scraps to eat. 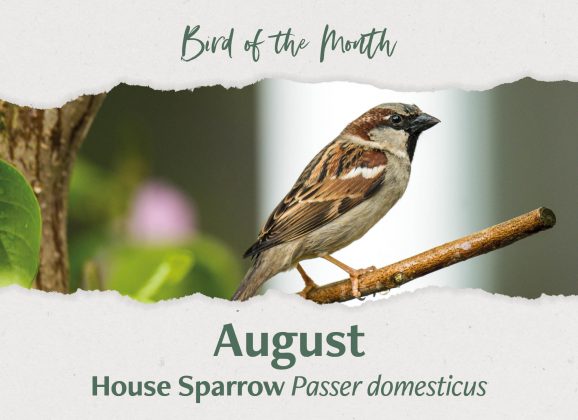 House Sparrows measure 14cm in length, with a wingspan of 24cm and weigh about 34g.

The chirpings of a house sparrow are far from melodious like a nightingales’ but otherwise cheerful. The vocalisations when listening carefully show different pitches and volume depending on their proximity to other house sparrows.
During the spring the unmated male can chirp for up to half an hour at a time, but for the rest of the year either sex will chirp for much shorter periods of time.

Both parents will incubate up to 3 broods a year consisting of 3-5 eggs, typically from April to August.
Through DNA studies it has been discovered that 15% of house sparrows are the result of mating by both males and females with others’ partners. It’s also apparent that widowed female house sparrows will attempt to force males to desert their current partner by destroying the eggs and young of other house sparrows.

The house sparrow originally native to Europe and Asia have now colonised every continent with the exception of Antarctica, making them the most widespread birds in the world.
The colonies will nest in holes or crevices in buildings, in shrubs and nest boxes across urban areas as well as farmland and countrysides. The only areas you’re not likely to see house sparrows is in parts of the Scottish Highlands, extensive areas of woodland and forests or in upland areas.
The nests are usually made from coarse, dried vegetation lined with finer materials such as feathers, paper and string. In some cases the colonies will build nests next to one another.

To encourage house sparrows into your garden, try installing small hole fronted nestboxes, ideally with  an entrance hole of 32mm. Having multiple nestboxes in close proximity will be ideal as they live in colonies.
Find a location for the nestboxes that won’t get too hot like a south-facing wall, aim for a position about 2-3 metres off the ground or higher if you’re concerned about disturbances and facing away from wind and rain if possible.

The estimate of house sparrows was in 2016 and recorded 5.2 million pairs in Britain and an additional 100 thousand across other parts of the UK.
It’s unclear why but the house sparrow is in a constant decline, dropping by 70% between 1977 and 2016 and therefore they feature in the red conservation status for the UK. The decline is most likely due to the lack of availability of food and nest sites in urban areas.

House sparrows are most commonly seen in gardens during June according to the BTO Garden BirdWatch data which has been collected since 1995. This report shows that the birds are seen in 77% of the gardens across the country during June, where as the most amount of birds per garden is seen in August (reports since 2003)  when an average maximum of 6.7 birds per garden are seen.

A house sparrows’ diet mostly consists of grains and seeds but they are opportunists and will eat buds, nuts and insects, particularly aphids and caterpillars.
When filling your bird table or feeder they will appreciate any seed mixes, or fruit and suet mixes. We do suggest crushing peanuts if you chose to leave them out for the birds as they can be a choking hazard, particularly for the young.

Fresh water supply for them to drink would be a great way to encourage the birds into your garden, although when it comes to bathing they do prefer dust to water. As with any feeding station you must continually clean and disinfect the birdbath to avoid the spread of diseases. 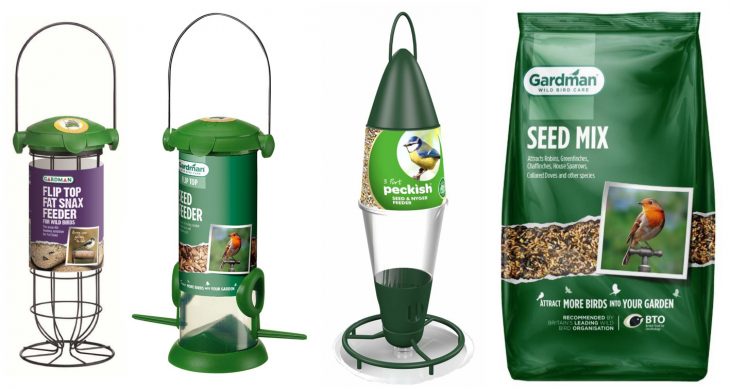 Keep the birds well fed by making the most of our click and collect order service. It’s simple – order online, select your slot date and collect!
Click here to see bird care items and more.

Then why not pop into your local Scotsdales store today and speak with a member of our knowledgeable team. We will be happy to assist in any way we can with advice and guidance regarding the best options for birds in your garden.