Bird of the Month - December

Bird of the Month - December

Bird of the Month – December – Robins

It is said that the very British tradition of feeding garden birds began with St Serf taming a robin by hand feeding it little bits of food back in the sixth century!

We all associate the robin with Christmas which is mainly because Victorian postmen, who wore red tunic, were known as robin redbreasts. Robins then began to appear on Christmas cards and other decorations merely as a symbol of the red breasted messenger. Although we associate robins with Christmas, a white Christmas is a disaster for them as it is much harder for them to find food in the snow and they need to eat a third of their bodyweight every day to survive. 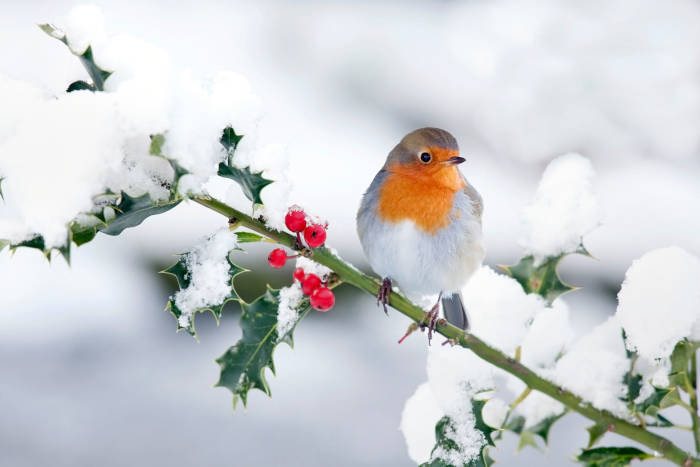 Robins are one of the earliest birds to start nesting and can begin in January if conditions are especially mild although the breeding season usually begins around March. Nests are built by the female alone and Robins tend to lay eggs between April and August.

Normal clutch size is 4-6 eggs, with one egg laid each day, usually early in the morning. Males feed his mate during nest building and egg laying with his competency in this task having a big impact on clutch size! 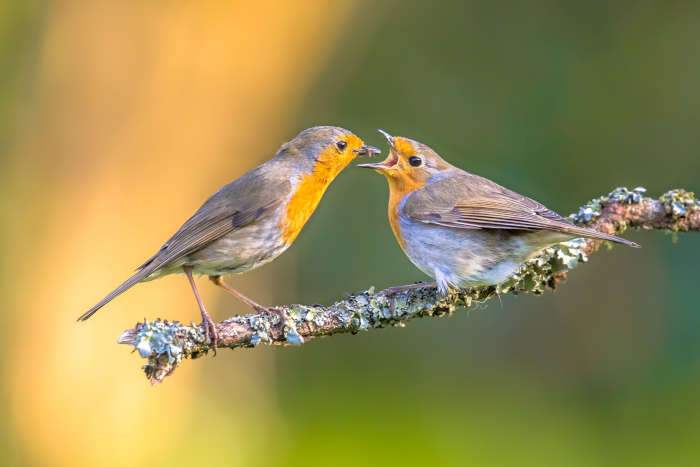 Currently around 6.7 million territories. Robins numbers have increased since the 1980s with milder winters really helping them survive.

Most British robins are sedentary and so do not migrate but a few head to the continent for the winter. Many people think that robins leave us in the UK in the summer but this isn’t the case; they merely become less visible in our gardens spending more time in woodland.

Robins can be identified by their distinctive red orange breast with white below. The rest of their feathers are mostly brown. Males and females look similar and can be hard to differentiate.

Robins are one of the few birds to continue to sing throughout winter.

The average robin can grow to an approximate length of 14cm, with an average wingspan of 22-24cm.

Robins generally nest in tree crevices and other nooks and crannies but will use open fronted nest boxes. We need to do all we can to help these national treasures but if you are going to put an open fronted nest box up make sure it is somewhere safe out of the view of any prying cat’s eyes!

Robins eat a wide range of food but with energy in winter being key it is a good idea to put high energy value seed and fat balls out for them, they also love mealworms! It is less common for them to use hanging bird feeders as they much prefer feeding from the ground or from bird tables. 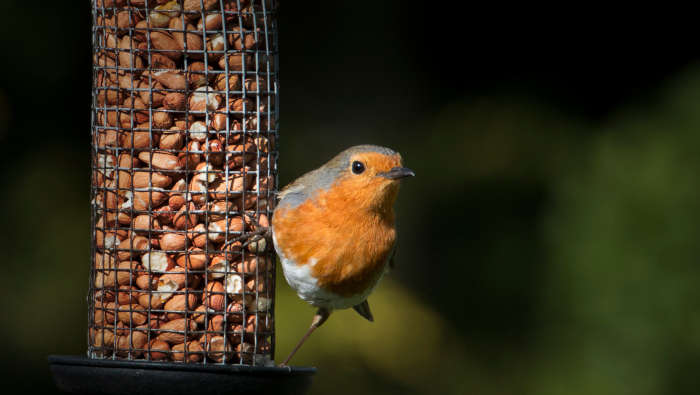 Below is a list of items that you can find in Scotsdales stores. These are merely suggestions; we have many other great products available that are suited for robins dietary requirements.

Please remember, that one of the commonest problems with local wildlife health issues in the UK is due to neglected and dirty feeders. We would like to ask that anyone wishing to assist in the feeding of wild birds makes sure to check and clean feeders regularly to help keep them safe and healthy.

Then why not pop into your local Scotsdales store today and speak with a  member of our knowledgeable team. We will be happy to assist in anyway we can with advice and guidance regarding the best options for birds in your garden.