Box tree caterpillar is native to East Asia and was first reported in the UK in 2007 and since 2011 it has been a significant problem in gardens particularly in London and its surrounding areas.

This month we will be looking into the best control options as well as plant alternatives that will give the same structure and form in the garden without the same worry of caterpillar damage. 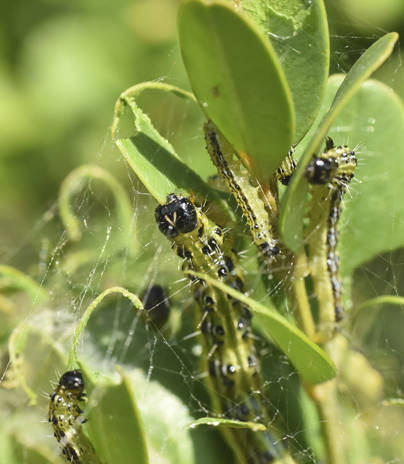 What to look for
The damage caused can be extensive, occurring as the caterpillar feeds on the plant within the webbing it creates, stripping the plant completely of its leaves if left untreated. The damage is more apparent in trimmed plants, showing patches of die back which should not be confused with box blight.

Box tree caterpillars and moths are generally active from early March to late October, with a peak season between mid-July to the end of September, but with milder winters the Caterpillars can be active earlier and later than this.

The caterpillars can be identified by their greenish-yellow colouring with black and white markings, reaching up to 4cm in length.
Once they reach the pupae stage they will conceal themselves in a cocoon of white webbing within the box plant.

The most obvious sign of box tree caterpillar will be the webbing, which will eventually cover their feeding area on the plant; otherwise you may notice the flat, pale yellow eggs laid on the underside of box leaves. These are laid by the adult moth which has white wings with an iridescent brown border and a wing span of about 4cm. You will also notice the small, green, ball shaped Frass/Caterpillar droppings, which you will see at the base of the plant especially if you give it a shake. 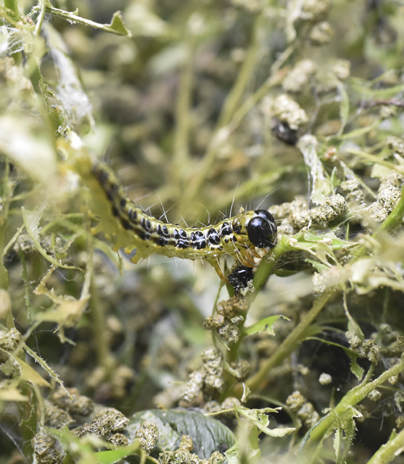 Treatment for box tree caterpillar
Where possible remove the caterpillars by hand, drowning them in a bucket of water, birds tend not to feed on these as the ingestion of Buxus by the caterpillars make them toxic to birds. Giving the Box a good shake can dislodge caterpillars which you can then dispose of.

Complimentary to this try using a BUXatrap box from Solabiol (£29.99 each).
The patented design uses pheromones to attract the male box tree moths into the trap, therefore limiting moth reproduction. The trapped Males are subsequently unable to mate with the females and produce eggs.
The pheromones supplied with the trap cover an area up to 180m² and will last for three month before needing refilling (refills available for £10.99). 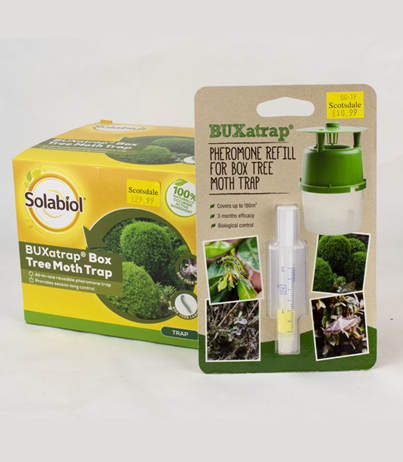 Alternative planting
We understand that the thought of having to tackle box tree caterpillar might be off putting so here’s our top 5 alternative plants. 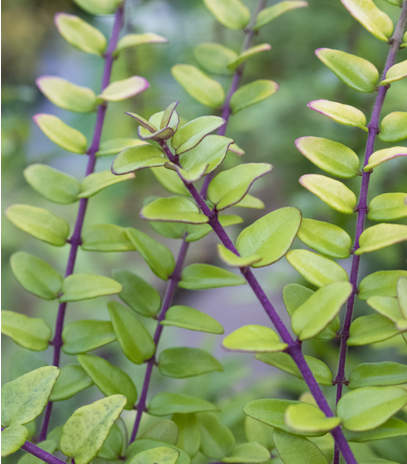 Lonicera nitida Baggens Gold (Shrubby Honeysuckle)
This evergreen has a dense growth habit, starting the summer with vibrantly coloured foliage that transitions to a warm bronze in winter.
It is suitable for normal, chalk and clay soils in full sun to semi shade. 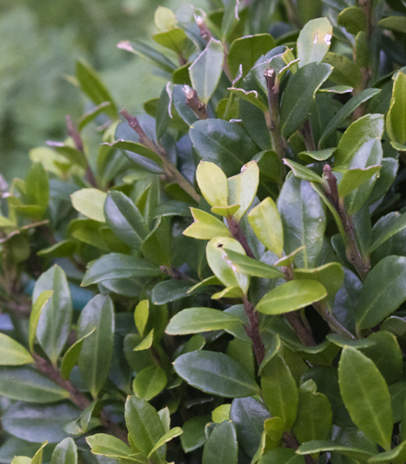 Ilex crenata (Japanese Holly)
Closer in colour to Box, with dark glossy small leaves, Ilex crenata rewards the gardener with white flowers in spring turning into black berries in autumn. Please be aware the berries are poisonous. It is slower in growth habit than Box so need less pruning to shape.
It is suitable for all soils in full sun, to shade. 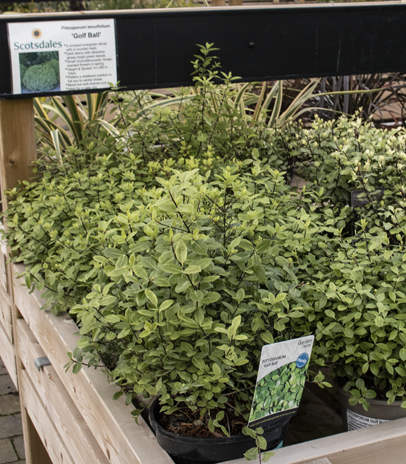 Pittosporum tenuifolium
Pittosporum has striking foliage on black stems whilst holding a compact and rounded shape we would recommend the “Golf Ball” variety. The plant bears dark purple flowers with a delightful honey scent.
Suitable for moist but well drained, light and sandy soil types in full sun to partial shade. 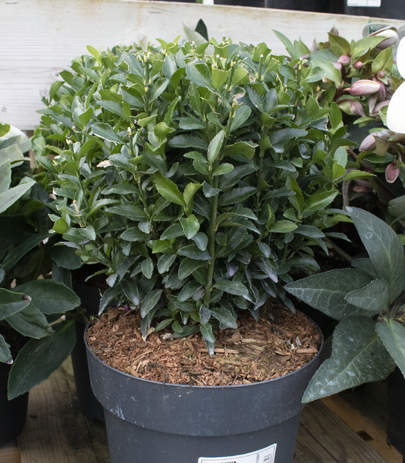 Euonymus japonicus/fortunei
Euonymus is a popular shrub not only for being such a low maintenance plant but for its breadth of choice, offering solid colour foliage to variegated varieties of both crisp white to golden yellows.
Suitable for reasonably well drained soil in full sun, to partial shade, the variegated varieties will grow better in sunnier positions. 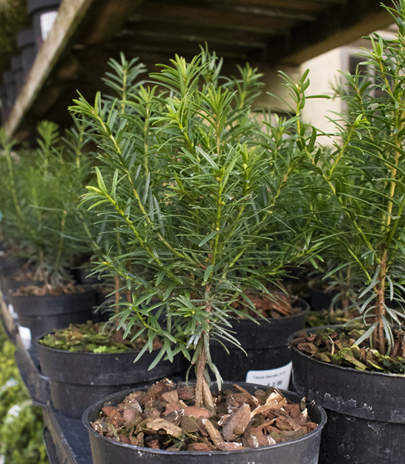 Taxus baccata (Common Yew)
Yew leaves are narrow compared to those of box plants, but maintain the same deep green colouring. Like Box it is very suitable for being clipped into shape. The plant is often grown for its attractive red arils that surround the solitary seeds in autumn, if you clip this then you may lose the fruit.
Suitable for full sun to full shade, in chalky, sandy, well drained soils. 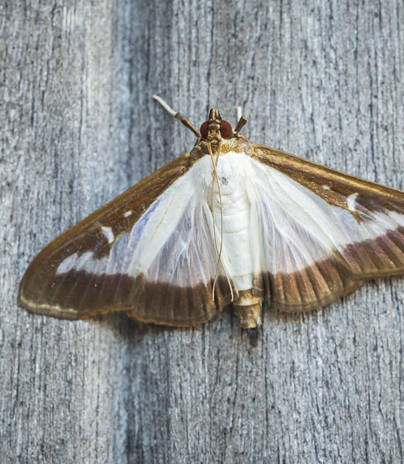 For more information on the box tree caterpillar please speak to a member of our garden care or outdoor plant teams.