House Plant of the Month - March

House Plant of the Month - March

Spathiphyllum, or as it’s more commonly known, the Peace Lily, is a great plant to start with when attempting to create your own ‘urban jungle’. Peace Lilies are relatively pest and disease resistant and are generally a fuss-free plant.

Despite their name, they aren’t actually a true lily, but are part of the Araceae family, along with the Flamingo flower. Their defining characteristic is the unusual flower structure, made up of many small flowers packed tightly together around a club-like spadix, which is in turn surrounded by a hooded spathe.

Peace Lilies have risen in popularity over the past few years since NASA rated them in their top ten plants that help purify the air, as they give back more oxygen to a room than your average plant. They are also visually appealing with their pretty sculptural flowers. 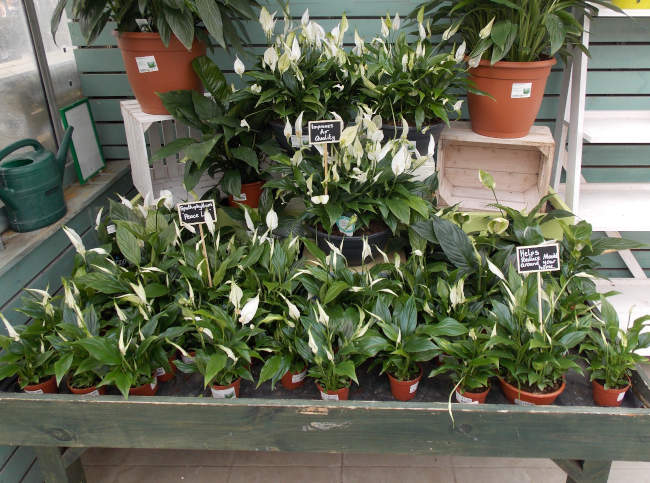 You should water your Peace Lily once a week and even less so in winter. You’ll know when they are in need of a drink, as their leaves will droop. Give them a quick water and you’ll be surprised at how quickly they will perk up again.

Where to place your Peace Lily

Peace Lilies prefer light with partial shade, but do not place them in direct sunlight as this can scorch their leaves and turn them brown. They do not like drafts or direct heat so be conscious not to put them near radiators or drafty windows. They are happiest in temperatures between 18 – 29 degrees – which makes them ideal houseplants. Just be warned they will suffer under 7 degrees.

It is worth noting that although they are not part of the Lily family, known for being toxic to cats, Peace Lilies are still considered toxic to pets.

Where to buy Peace Lilies?

We have a selection of Peace Lilies at each of our three stores in the Cambridge area, please contact your local store or visit us today.